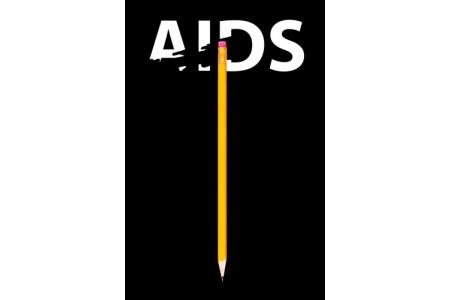 On April 10, 2015, This American Life featured Adriana Cardona-Maguigad's investigation on the exporting of Puerto Rican drug addicts to the United States, and specifically to Chicago (although the show makes clear that this practice occurs in other places such as Philadelphia, North Carolina, and New York). While surprising to many, the discussion may not surprise to those who have long studied and explored the issues with drug addiction and harm reduction in the island. Just last year, during the 10th National Harm Reduction Conference in Baltimore, Maryland, the problems with harm reduction in Puerto Rico surfaced in relationship to HIV/AIDS prevention. Dr. Carmen Albizu García’s presentation titled “The Forgotten Island,” which featured Puerto Rico, closed the plenary. The inclusion of Puerto Rico at the only US-based conference that deals with harm reduction is critically important and noteworthy. A study published in 2014 reported that primary transmission of HIV has shifted to heterosexual sexual practices from injection drug use. But, as the primary author Dr. Sherry Deren notes, “Controlling heterosexual transmission of HIV will require controlling HIV infection among people who inject drugs, as those who inject drugs and are sexually active will serve as a continuing reservoir for future heterosexual transmission if injecting-related HIV transmission is not brought under control.” Hence, the problems Adriana Cardona-Magridad and the This American Life team highligted have far reaching consequences that merit attention.

There is a strong link between public health issues and migration, so the HIV/AIDS crisis in Puerto Rico is important for the mainland US and mainland Puerto Ricans as well. Epidemiological studies of 2009 and 2010 have described transportation routes that are also highways of transmission of human immunodeficiency virus (HIV) and other sexually transmitted diseases and infections (STD/Is). As a public health educator, I have seen how migration impacts health care and access in multiple settings. For example, I saw such relationships while working in The Bronx with CitiWide Harm Reduction (now BoomHealth) where most of the participants in the syringe exchange program were first generation migrants from Puerto Rico. With all the folks I worked with, migration impacted health and well-being—from empowerment, sense of control over life and one’s security, familial and kinfolks networks, community safety, physical health, economic security, access to health care, educational opportunities, regular and affordable nutritious meals, to stable and secure housing. Driving and underlying the migration were extreme inequity and inequality; that is, poverty, which is the number one threat to public health.

Dr. Albizu García highlighted political processes, public health policies as well as health disparities that drive HIV/AIDS rates among Puerto Rican drug users. She noted the “lack of US Congressional representation” for the island and the resulting lack of adequate federal funding for general Medicaid funds, treatment, including substance use rehabilitation and detoxification, and treatment for HIV/AIDS and Hepatitis C. Simply, the availability of medical care in Puerto Rico does not meet the need for medical care and does not equal the medical care available in Puerto Rico. In addition, Albizu García noted how stigma impacts policy development and the education of health professionals, both affecting patient care.

One of the processes Dr. Albizu García mentioned in her plenary presentation was the Puerto Rico-New York migration of drug users. In his doctoral dissertation, “¿Allá en Nueva York todo es mejor? A qualitative study on the relocation of drug users from Puerto Rico to the United States,” Rafael A. Torruella conducted in-depth interviews with Puerto Rican injection drug users (IDUs) living in New York City. The analysis of the sociological factors driving the migration outlines the conceptualization of drug use as a moral problem, which then prescribes treatment in the abstinence model driven by Christianity as the basis for salvation and living a ‘clean’ life. Syringe exchange programs are thus not seen as viable solutions to the prevention of transmission of HIV and Hepatitis C. Rather, “the shipping of addicts out of the island” is the consequence of seeing drug users as disposable, not worthy of effective treatment and familial shame.

The available New York City epidemiological data reflects what both Torruella and Albizu García assert in terms of an active Puerto Rican migration of drug users. The Centers for Disease Control and Prevention-funded 2009 National HIV Behavioral Surveillance Study of HIV risk among NYC drug users shows that of the participants 50% of IDUS were Hispanic and of those 21% mentioned Puerto Rico as their birthplace. In a recent presentation, Columbia University professor Crystal Fuller, states: “Recent migration among Puerto Rican drug users has been shown to be a factor for riskier injection and sexual behaviors. Recent Hispanic migrants are typically faced with limited access to information and services, are more affected by poverty and unemployment, and lack access to sterile needles.”

Both Puerto Rico and New York City have begun looking at ways to address these issues. According to Albizu García, two noteworthy Puerto Rican researchers currently lead community based organizations that are in the trenches of harm reduction in Puerto Rico, Torruella’s Intercambios de Puerto Rico and Dr. Camila Gelpí Acosta’s El Punto de La Montaña. Both organizations are based on harm reduction, which means that they combat stigma and shame associated with drug use; provide syringe exchange services; establish programs that are low threshold (that is, easy to access meeting participants ‘where they are at’ emotionally/physically and geographically); provide supportive services such as personnel dedicated to social entitlements enrollment and housing advocacy; and have a strong activism component rooted in social justice so that provision of services also includes awareness about structural forms of oppression, including criminal justice systems and drug policy, and how to combat them.

Meanwhile, in New York, organizations such as the Latino Commission on AIDS, AIDS for AIDS, and others specifically dealing with syringe exchange programs (SEPs) as part of the Injection Drug Users Health Alliance (IDUHA) devote efforts to preventing and eradicating the epidemic across the Latino community. The New York State Department of Health AIDS Institute published a report in 2014 sharing that 42% of all SEP participants are Hispanic. Additionally, in 2014 the State of New York launched a strategic plan to end HIV/AIDS—the only one in the US—that focuses on improved HIV testing, preventing the spread of the disease, and better treatment for people who live with HIV/AIDS. Despite these efforts, ample room and need exists for further investigations and initiatives centered on the island and mainland.

The case for examining migration in a pandemic such as HIV/AIDS must consider political factors and forces—the US-Puerto Rico relationship, the cyclical and ongoing migration between the island and mainland, the health disparities in systems of public health, the shame and stigma of drug use, public policy, and use of religion as a framework for political decision-making. These have all impacted the epidemiology of a disease and countless lives. El puente aéreo is part of the Puerto Rican reality of the diaspora. What happens on the island will impact migration and thus the public health systems of the new geographic space; it’s a cycle that feeds the island’s reality as well. It's a critical space of need and action. Hopefully the attention of the U.S. mainstream media will serve as a catalyst for it.

© Tamara Oyola-Santiago. Repinted by permission in Centro Voices on 24 April 2015.

The views expressed here are those of the author and not necessarily those of Centro Voices, the Center for Puerto Rican Studies or Hunter College, CUNY.